The Shrine of St.Therese

On 46 acres overlooking the Lynn Canal in Juneau, lies the peaceful, beautiful retreat of the Shrine of Saint Therese. Welcoming all people of all faiths, the Shrine is in dedication to St. Thérèse of Lisieux—the patron saint of Alaska. With a stone chapel, labyrinth, crypt, and quaint cabins for on-site lodging, the Shrine has become a revered getaway to recharge mind, body, and soul.

About The Shrine of St. Therese

Only 22 miles north of Juneau, the Shrine has offered respite for people of all faiths for more than 80 years. Built on a dream of bringing people together for something greater than themselves, the Shrine honors the message of St. Thérèse —that all are inherently worthy of God’s love, and that beauty is found in the simple “ordinary” events of everyday life.

Thérèse Martin was a Carmelite Order cloistered nun who was born in France in 1873. Entering the order at the age of 15, Thérèse died at 24 years old. Her autobiography “The Story of a Soul”, told a story of her “Little Way” and expressed God’s love for the ordinary people. She believed the purpose of life was to respond to God’s inherent love for humanity, and that all were worthy in his eyes.

After St. Thérèse of Lisieux was canonized and named the patron saint of Alaska in 1925, Father William LeVasseur—a Jesuit priest—started dreaming of creating Alaska’s first retreat house in her name. this idea was supported by Alaska’s first bishop, Bishop Joseph Raphael John Crimont, who was from the same area of France as St. Thérèse and knew members of her family.

Volunteers came together to construct the chapel and first structures of the retreat, and the first mass was held there in 1941. The local community supported the Shrine through the decades, and in 2016, it was raised to the status of “national shrine”.

The beauty of The Shrine of St. Thérèse speaks to her message of finding love and celebration in the simplicity of life and the natural world around us. With stunning, well-maintained grounds, the Shrine is open to anyone who needs a break from the hustle of daily life to reenergize their soul.

At least four miracles vetted by the Church have been attributed to St. Thérèse—all of which involved spontaneous and miraculous healing after the afflicted prayed to the Saint.

Visiting The Shrine of St. Therese

The National Shrine of St. Thérèse is in the wilderness of the Tongass National Forest. With accessible walking trails that take you on a spiritual journey, an elaborate labyrinth, and beautiful Shrine Island to explore, there is peace and serenity to be found in every corner of the property.

Whether you are Christian on a pilgrimage to Alaska’s holy areas or you are simply looking to recharge your spirit in the peace and serenity of nature, the National Shrine of St. Thérèse is a testament to the power of community coming together in a mission of love. Open year-round and inclusive of all faiths and orders, visiting the Shrine offers a welcome break from the stress of everyday life.

Get ready for a ride you won't soon forget! Hop on as a team of huskies whisks you through the forest on a custom-built sled. You'll pass by gigantic spruce and hemlock trees, many of which are hundreds of years old! At the end of your trek, you'll have a chance to cuddle with some of the puppies and dogs at the camp and the hard-working mushers who make this tour possible!

Featured on GOOD MORNING AMERICA -- travel back to the Ice Ages with Alaska's original glacier helicopter tour! Board a modern turbine-powered helicopter for a flight to the world-famous Mendenhall Glacier! 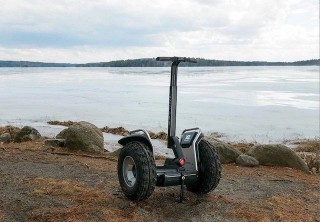