In the late 1890’s and early 1900’s the Gold Rush brought many settlers to Alaska. They traveled by boat to the coastal towns of Seward and Knik, and from there travelled by land to the gold fields. The trail that they used was named The Iditarod Trail, and in winter it was only accessible by dog teams; which started being used around 3,000 years ago, when humans first migrated north of the Arctic Circle. 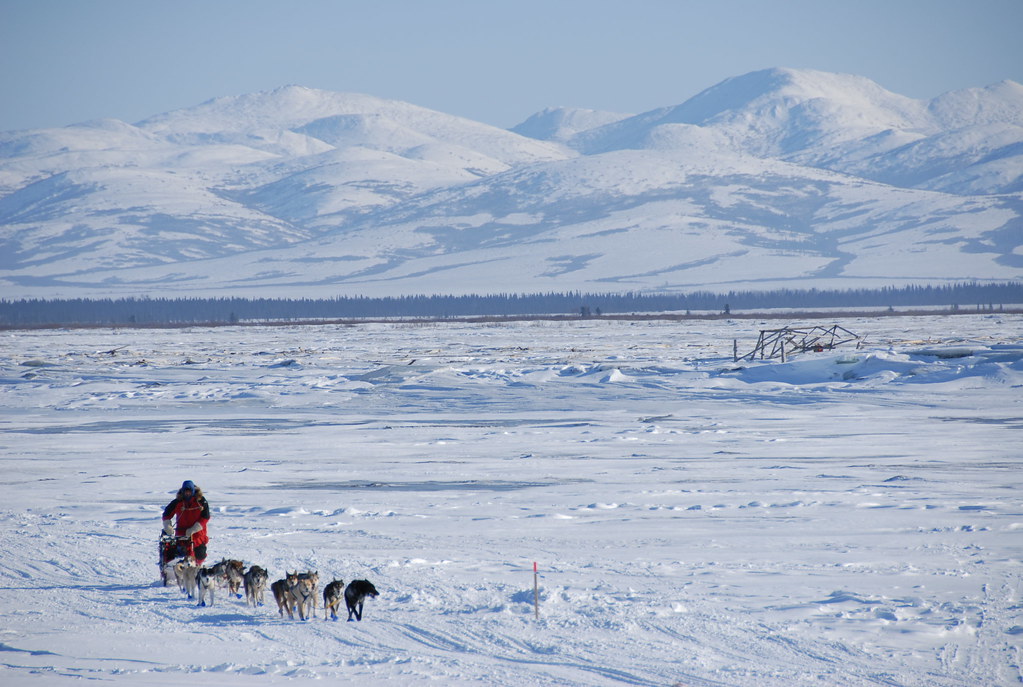 During the Gold Rush, the Iditarod Trail was the major thoroughfare of Alaska, carrying settlers traveling from town to town, the mail, supplies, as well as the adventurous Priests, Judges, and Ministers that served early Alaska’s residents. But, though it’s had a huge effect on Alaska, the gold rush only lasted a few years.

Soon the majority of settlers went back where they came from, and suddenly there was a lot less travel on the trail. Then, in the late 1920’s, airplanes came to Alaska and started carrying the mail, further lessening the use of sled dogs and the trail. But the final blow came in the 1960’s, when “Iron Dogs” came to Alaska - now known as snowmobiles. And by the late 60’s Alaskans had largely forgotten about sled dogs, the Iditarod trail, and their role in Alaska’s colorful history.

That could have been it, had it not been for history-lover Dorothy G. Page. In 1964, the centennial of Alaska becoming a US territory was approaching, and she was making plans for the celebration. She was intrigued by the history of the trail and sled dogs, and thought up a dog sledding race that combined the two - then with the help of friend Joe Reddington and his wife Vi, The Iditarod was born.

The two-heat, 56 mile Centennial race between Knik and Big Lake was held in 1967 and 1969. And again, that could have been it. But Reddington wasn’t ready to let go, and, with the help of many volunteers and mushers, in 1973 a new version of the race came to fruition, this time going all the way to Nome. The winner of the first Iditarod was Dick Wilmarth, taking almost three weeks - winners now finish in under 10 days.

The Iditarod has continued to grow over the last few decades, achieving name-recognition around the world and even spin-off races! The original race still ends in Nome, where mushers pass the notorious historical saloons, then through the archway that marks the finish line, where a crowd cheers on every single musher, no matter what time they come in. 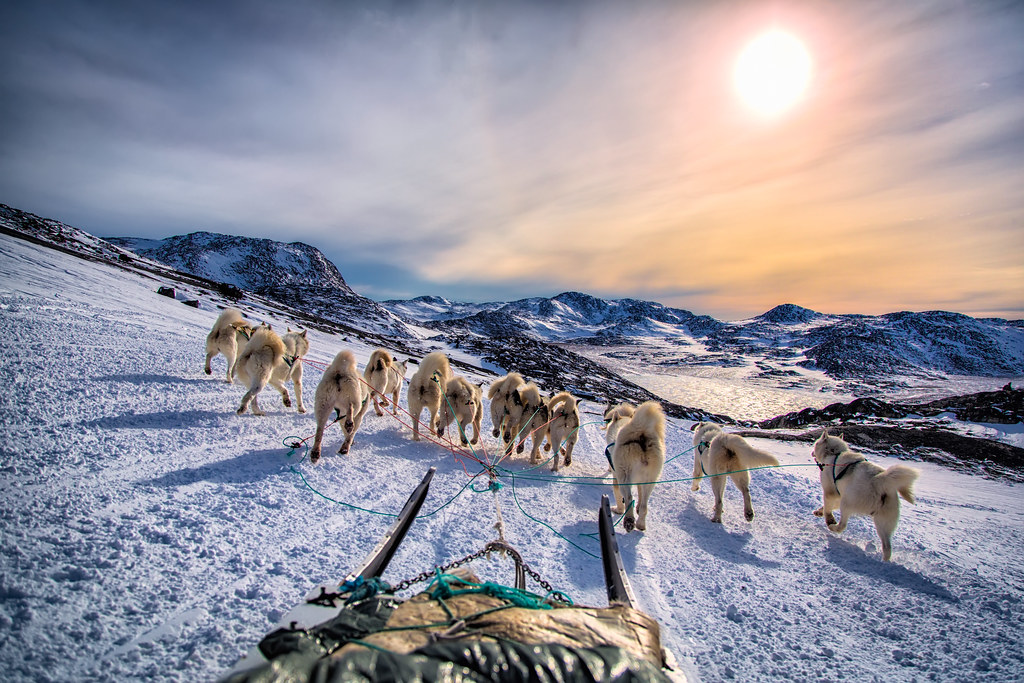 Dogsledding is Alaska's favorite sport and now you have a chance to take part! After a scenic helicopter ride, we'll take you up to the Denver Glacier dog camp where you'll meet professional 'mushers' and their friendly dogs before embarking. You can stand on the sled and mush, or you can relax while sitting - either way, it's going to be an amazing experience!

Experience this exciting dog sledding adventure on the Herbert Glacier. Your tour with start with a helicopter ride up to our beloved dog sled camp situated on a glacier. The flight itself will leave you in awe as you take in the breathtaking landscape of Juneau. Once on the glacier, you'll meet the dogs and take off on the ultimate thrill of riding with the dog sled team. If you're feeling extra adventurous you can try your hand at driving the team.

Get ready for a ride you won't soon forget! Hop on as a team of huskies whisks you through the forest on a custom-built sled. You'll pass by gigantic spruce and hemlock trees, many of which are hundreds of years old! At the end of your trek, you'll have a chance to cuddle with some of the puppies and dogs at the camp and the hard-working mushers who make this tour possible!

This dogsled tour will get your blood pumping! Go for a ride through the great Alaskan back-country of a historic Gold Rush Site! The friendly huskies will take you for the ride of your life where you'll enjoy breathtaking views of the surrounding mountains and wildlife. After the ride, make sure you cuddle with some of the adorable puppies too!