Exploring Alaska can bring you on dog sled rides, atop ancient glaciers, and deep into the temperate rainforest with all its creatures. But after adventures of this magnitude, sometimes you need to take a chilled-out break, and enjoying a freshly brewed beer can really hit the spot. 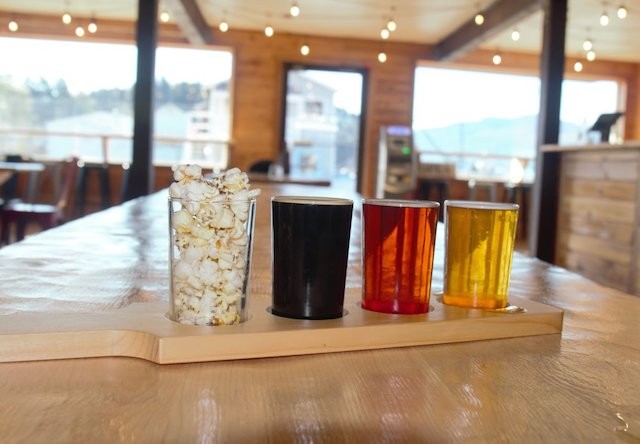 Read on for our picks for the best breweries in Alaska:

Juneau has the most well-known of Alaska’s breweries, Alaskan Brewing -- they’re now distributed in 20 states, but this successful venture came to life grassroots-style, via community support over 30 years ago. They’ll be ready to serve up Alaskan Amber, White (Belgian-style), Freeride Pale, and Icy Bay IPA; and you’re also likely to enjoy seasonal treats like their Spruce Tip IPA, made with the needles of spruce trees!

Also located in Juneau are a couple of newcomers, both located in historic Downtown Juneau. The Devil’s Club Brewery does classic American brews and modern takes on traditional belgians.

Sitka boasts Baranof Island Brewerying Company which was created by a local couple in 2010. They serve up beer made from pure, glacier-fed Alaskan water and a blend of gourmet malts and hops.

And Haines Brewing Company has fresh seasonal and flagship brews on tap. If you’re lucky they’ll be offering vintage ales to savor in snifter glasses!

And finally, while in Hoonah you must check out Icy Strait Brewing. They’ll be serving up their craft ales in their waterfront brewery. Enjoy your beer whilst watching fishing boats, eagles, and maybe even a whale.

And remember, Alaska brewery laws allow patrons to consume 36 oz per person per day on premise, so if they don’t have food expect small taster glasses. Cheers!

**THIS TOUR IS NOT AVAILABLE FOR THE 2023 SEASON** Take a relaxing and informative trip out to the Alaskan Brewery. The Alaskan Brewing Company has been supplying locals and beyond with Alaska-inspired beer since 1986. It claims the title for being the 67th brewery in the country and the first brewery in Juneau since Prohibition. Children over 8 years of age are welcome on this tour however, only guests over 21 can sample the goods!